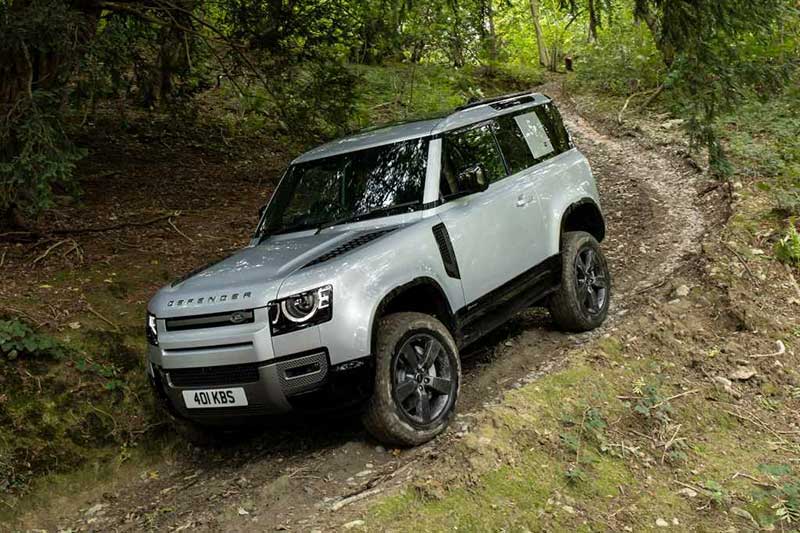 There are more variants of the new Defender on the way, including several V8-powered models and a longer Defender 130 version with extra cargo space.

A V8 Defender has been rumored for a while, but now it looks like there may be two versions -- a "normal" one and a "performance" one. The "normal" one would probably use the standard version of the AJ-V8, with 518 horsepower, used in the Range Rover Westminster and Autobiography trims. The "performance" one, presumably badged SVR like all of JLR's high-performance vehicles, would probably use the 575 horsepower tune used in the Range Rover Sport SVR. The V8 will likely be announced some time in 2021 for model year 2022.

It's also possible that the Defender will be an early user of BMW's V8 engine, which JLR has arranged rights to use at some point in the future. However, with AJ-V8 production moving in-house to Land Rover's engine factory, and with the AJ family used in the Range Rovers that the Defender shares a basic platform with, it also doesn't seem like a huge stretch to think that they'll stick to what they know and love.

The exciting thing is that the V8 should be available in the Defender 90, not just the bigger Defender 110. A D90 SVR promises to be a rocket ship indeed, with the smaller vehicle's nimble weight!

There's also a third size of Defender on the way, the long-rumored Defender 130. While the original Defender 130 was usually a crew cab pickup with a longer wheelbase, this Defender 130 will have the wheelbase of the modern Defender 110, with an extended rear overhang for a larger cargo area and more spacious third row. Think of the new D130 like the Chevy Suburban to the D110's Chevy Tahoe. An image leaked from an internal presentation before the Defender's launch gives an idea of how much bigger it'll be. 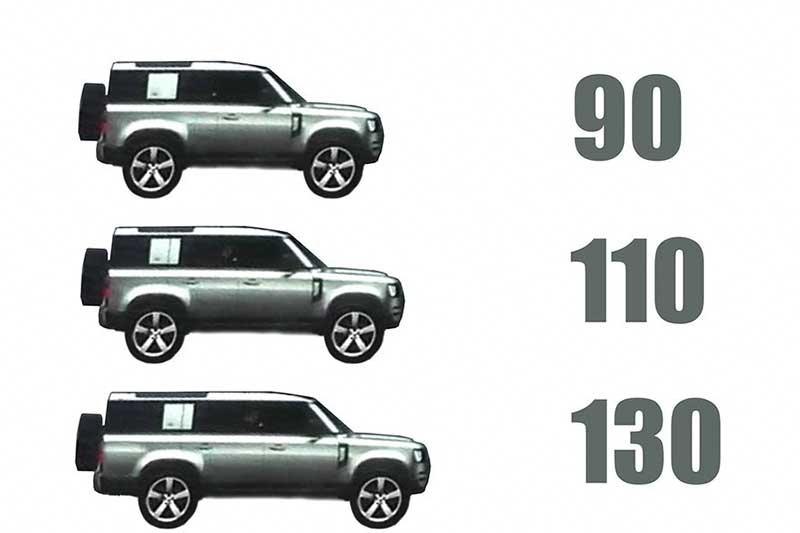 It's also very possible that the D130 will take the luxury element of the Defender to new heights, competing in a market space against the Cadillac Escalade and Lincoln Navigator as a more utilitarian high-end Land Rover. With folding fabric roofs an option on other "sizes" of Defender, it may also have some potential as a safari observation vehicle in Africa, where the old Defender has a long history on game reserves.

With these latest rumors, plus the rumors of a smaller, far-cheaper Defender on the way (a sort of equivalent to the Discovery Sport and Range Rover Evoque for the Defender product family), it seems that the storied Defender name is on its way to having something to suggest for just about anyone walking into a Land Rover dealership.