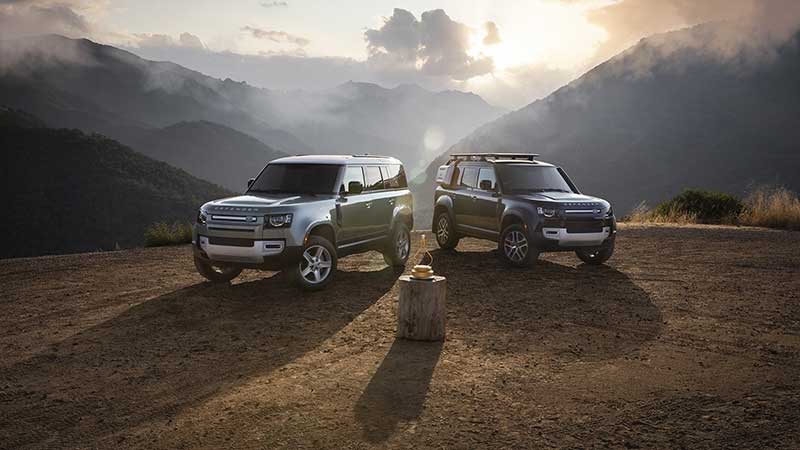 The new Defender won Motor Trend's 2021 SUV of the Year Award, one of the most prestigious new car awards in the auto industry. It's an award Land Rover has only won twice before, with the 2012 Range Rover Evoque and 2005 LR3.

The SUV of the Year Award is a spur off of a spur of the Motor Trend Car of the Year Award, first given in 1949 to Cadillac to recognize their overhead valve V8 motor. in 1979, a Truck of the Year Award was added; when that started going to the booming SUV market more than pickup trucks, the SUV of the Year Award came along in 1999. It's one of the most prestigious of the many annual car best-of lists. The award is given to a vehicle that is all-new or substantially upgraded within twelve months from the prior November. The vehicles are tested across a variety of criteria, including off-road. 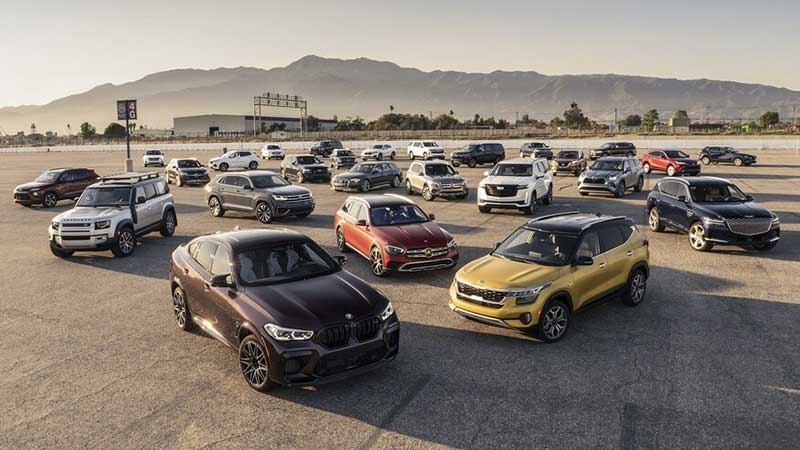 The Defender went up against a pool of 21 other SUVs, which was narrowed to six finalists: Defender, the Cadillac Escalade, Genesis GV80, Kia Seltos, Nissan Rogue, and Toyota Venza.

The SUV test cross-references both vehicles' off-road handiness, as well as their day-to-day usefulness. The six key criteria are the core of what vehicle takes the coveted Golden Calipers to HQ: Advancement in Design, Engineering Excellence, Efficiency, Safety, Value, and Performance of Intended Function.

As for design...well, unlike a lot of people on Instagram, Motor Trend is a fan. "The design is futuristic, modern, iconic, and outstanding. It incorporates the Defender's DNA with the modern design cues of today." The interior impressed them too, with its useful layout and focus on ergonomics.

Engineering impressed both with how well the Defender rode in any terrain, and how quick it was. "Simply put, I've never driven a serious off-roader that was this capable on-pavement. The Chevy Colorado ZR2 and Ford F-150 Raptor come close, but this takes the cake. The Defender feels supple yet planted. It steers shockingly well, with fingertip light (as is classic British style) but still talkative steering—amazing considering the tires on this thing."

The Defender may have dropped the traditional ladder chassis and solid axles, but it gained an all-rounder characteristic it never had before. That's what also made it ace the Performance of Intended Function test, too. "You have to admit that in comparison to a Wrangler Unlimited, it pencils out OK. You get nearly all the off-road tricks out of the box. Plus, the Defender can seat seven, it rides and handles better, it's quieter inside, and it's faster."

It even won at the Value competition, with Motor Trend considering how little money is needed to get into a relatively well-equipped Defender, and how much it comes standard with. Yes, you can easily get one of these into the $90k range in the Build and Price part of the website, it's also possible to get one for about $60,000 well equipped -- the same price as a brand-new Discovery 1 in the 1990s, adjusted for inflation.

Defender didn't do great on efficiency, though the mild hybrid straight-six motor isn't terrible and does better than the Mercedes G-Wagen and Land Cruiser they compared it to heavily. It also had a vague rating for safety, only because it has yet to be crash-tested, and thus there is no data to work off -- high-dollar low-volume vehicles aren't usually tested as quickly as mainstream vehicles that will sell in big numbers as soon as they hit the showroom.

Still, it all came together to give the Defender what Motor Trend considered a totally obvious win. "To conclude, summarize, and even proselytize, the new Land Rover Defender bowled us over: the design, both inside and out; the wonderful synchronization of the stout engine and yeoman transmission; the exceptional ride quality; its ambient nature; the baked-in, go-anywhere-on-the-planet capability; and its amazing value."