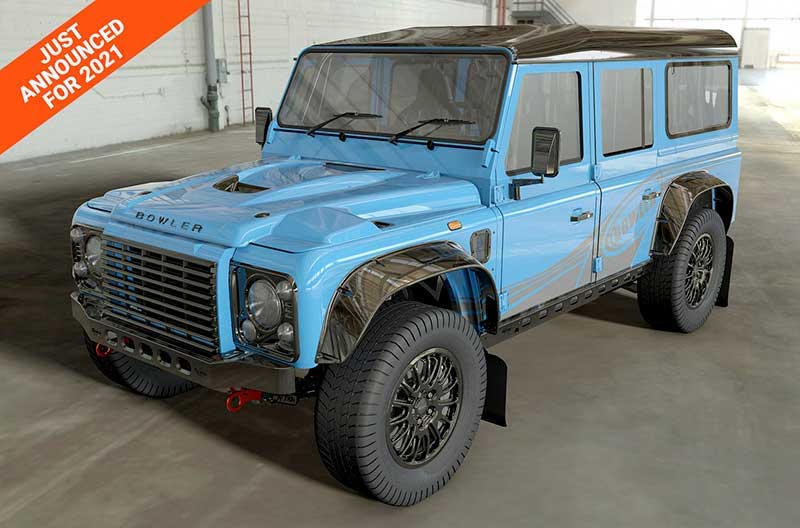 Land Rover has brought back the original Defender, in a way, through their off-road racing subsidiary Bowler Motorsport. Starting in 2021, Bowler will produce a new vehicle codenamed "Project CSP 575," which utilizes the bodywork of the original Defender on a modern racing-grade chassis with the 575-horsepower V8 from the Range Rover SVR.

It is, in a roundabout way, the official continuation of the Defender. Bowler was purchased by Jaguar Land Rover in December 2019, as it was on the brink of folding due to financial issues. Land Rover placed it in the Special Vehicles division, with the intention of Bowler to produce high-performance racing-grade off-road vehicles. It still operates somewhat independently, with its original facility in Belper, England.

The CSP 575 will use the design of the original Defender, under license from Land Rover. (The concept of licensing a design to your own subsidiary is...a bit confusing.) It'll be a fully road-legal vehicle, with seating for four, luggage space, and air conditioning. The CSP 575 is built on Bowler's Cross-Sector Platform (CSP) frame. Developed by Bowler, the CSP frame can be used underneath all sorts of vehicles, from rally raid trucks to emergency and utility vehicles. 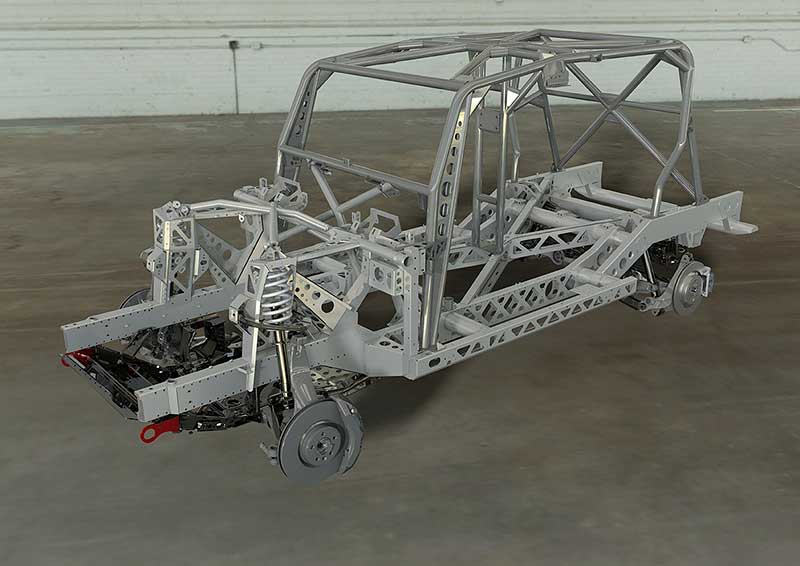 On top of the CSP frame is almost entirely standard Defender 110 station wagon bodywork. The biggest differences: the massive fender flares, covering wide tires, and the heavily-ventilated front bodywork to keep the motor cool. That motor is the 575-horsepower V8 unit from the Range Rover Sport SVR, the most sporting expression of the famous AJ-V8 motor a consumer can buy. There's also a massive internal roll cage attached to the frame.

While the CSP 575 may be what some Defender diehards hoped for in a continuation of the classic shape, it's certainly not as cheap as the original Defender was. The starting price is around £200,000, around $262,000. Of course, like the original Defender, the reborn version will likely not be importable to the United States until 2046.

With a number of aftermarket tuned Defenders going for that kind of money anyway, the CSP 575 with its factory-fresh and factory-certified pedigree offers an exciting new option. It also competes with heavily-tuned aftermarket modified vehicles and some of Mercedes' more insane AMG-built G-Wagen variants.

It's also possible that the CSP 575 could be the first of several iterations of off-road-tuned Land Rovers on this chassis. Though Bowler is still in the process of rebooting after going near-bankrupt last year, there is a plan for this to be the first vehicle of a family of consumer-grade vehicles on this platform. It's also likely that at some point, there will be a Bowler product based on the new Defender's bodywork.