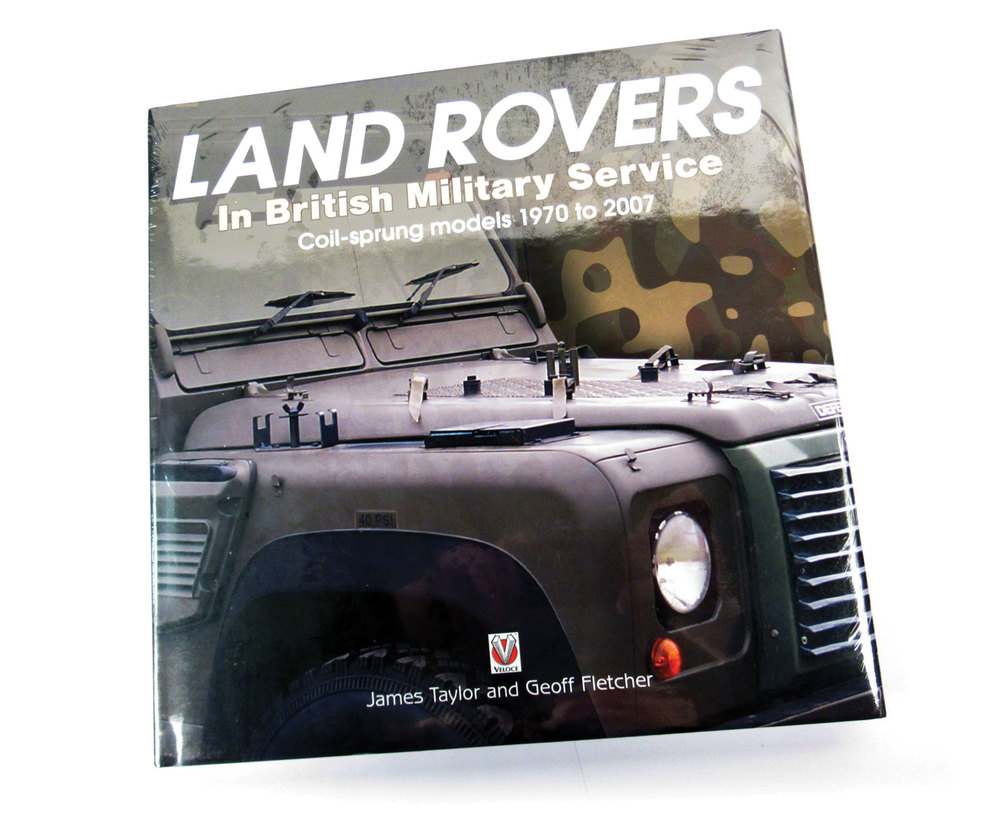 Land Rovers in British Military Service - Coil Spring Models 1970 to 2007 is a must or those interested in the coil-sprung Land Rovers that have served (and still serve) with the British armed forces.

This book covers a wide variety of Land Rover models including the Series 110, 90, and 127 models, their Defender model successors, the first-generation of Range Rover and Discovery models, and of course, the Wolf XD derivatives. Coverage is deliberately ended at 2007 to protect the current range of models used by the British military. This unique book contains extensive illustrations and descriptions of the British military's uses and modifications of these vehicle models along with comprehensive vehicle lists and contract details. This book is the sequel to British Military Land Rovers, the leaf-sprung models, by the same two authors.

James Taylor has been writing about road transport since the late 1970s, and his interests embrace a wide range of older cars of all makes and nationalities, as well as classic buses, lorries, and military vehicles.  His primary interest is in models that have carried Rover or Land Rover badges.  James has written around 130 books and spent ten years as the editor of Land Rover Enthusiast magazine. He has written very widely for both magazines and books on motoring subjects but has specialized in the history of Rover cars and Land Rovers. He has owned four Range Rovers as well as a variety of other cars and continues to write for the motoring press both at home and abroad. His previous books include Rover V8 - The Story of the Engine, Factory-Original Ford Capri Mk1,  Factory-Original Mercedes SL, Factory-Original Aston Martin DB4/5/6, and Factory-Original Mini Mk1 & Mk2. James lives in rural Oxfordshire, surrounded by books about cars, and usually with something old and interesting in his garage.

Geoff Fletcher is a specialist military historian and researcher. After a career spent working in Project Management for one of the UK's leading insurers, he took early retirement to pursue his current career. He is the author of several books and numerous articles on topics ranging from the inter-war period to the current day.

Parts came quickly and as needed.

Landrover parts can be found easily and at reasonable prices.

Fantastic customer service and the best selection of parts for my D2 in the US.

The quality parts that I need at a fair price.

Service was excellent. You turned the order around very quickly and shipment (s) arrived earlier than I expected.

Great products and service! I have already recommended you to many of my friends

I've been shopping with y'all for 10+ years now and have never been let down. Customer service is top notch and parts are reasonably priced and usually arrive on time.