Tata Motors is preparing to launch its new Tata Harrier flagship SUV in the Indian market, based on the Discovery Sport. 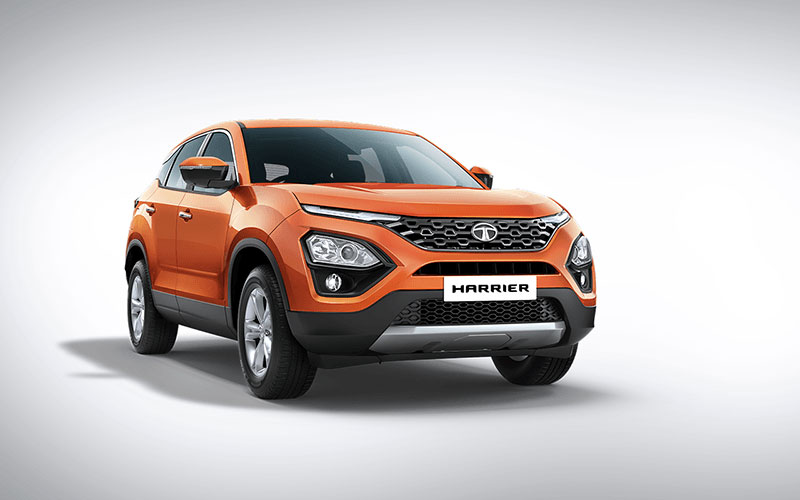 The Harrier was first shown at the Auto Expo show in Uttar Pradesh, India as the H5X concept. The final vehicle is very similar to the concept, and goes against small crossovers like the Jeep Compass and Hyundai Tucson in the Indian market.

The Harrier shares its basic architecture with the Discovery Sport. Tata has created the OMEGA-ARC platform off the bones of the Discovery Sport's D8 platform. Both ride on a 108" wheelbase. The Harrier uses Fiat's Multijet diesel engine instead of Land Rover's in-house clean-sheet design Ingenium series. While the Land Rover makes liberal use of aluminum in its construction, the Tata uses more steel, which saves money but increases weight.

The Harrier does not have a seven-seat option like the Land Rover, though there are already rumblings of a larger variant to come.

Inside is an 8.8" high-resolution touchscreen infotainment system, a JBL stereo, pushbutton start, rain sensing wipers, electronically-folding mirrors, and a cooled center console. There's also a variant of Land Rover's Terrain Response -- simplified to modes for Normal, Rough, and Wet -- and Hill Descent Control. There's even a projected silhouette of the vehicle that shines from the mirrors when it's unlocked -- just like the Land Rover lineup.

The Harrier will be previewed to the public on December 18th in the city of Gurugram, moving to Bengaluru, Delhi, Lucknow, Ahmedabad, Chandigarh, Chennai, Kochi, Pune, Mumbai, and Hyderabad over the next few months, with test drives available. It will be on general sale in India later in 2019.