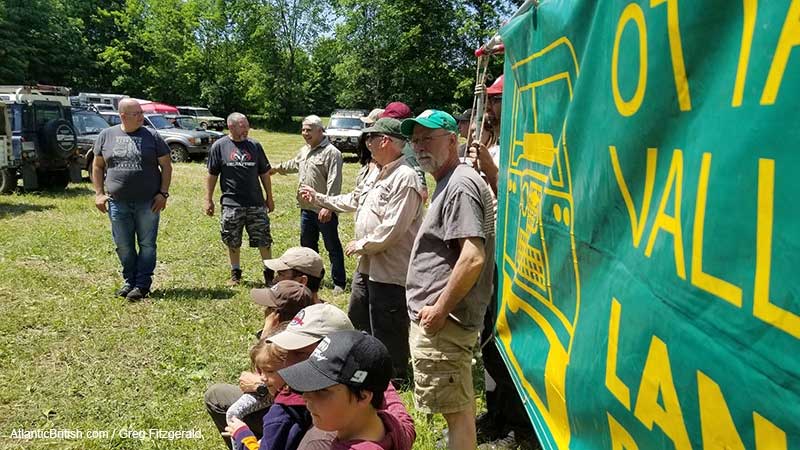 This event has become one of my annual traditions, but this year as June drew closer and closer, I found my personal Rover fleet nowhere near ready to go. So, I headed over to Newark Airport and picked up a brand-new Discovery 5 from the Alamo rental fleet, so I could still at least go and see my friends. 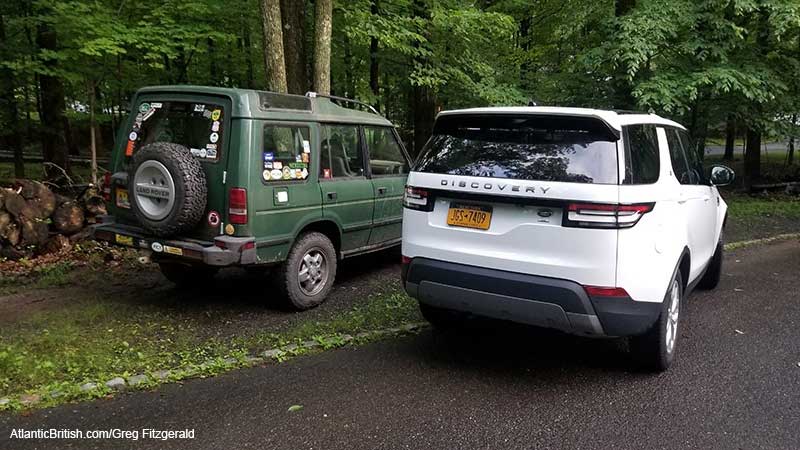 Friday morning I made the now-familiar trip to Ontario, the Disco 5 eating up the miles on I-81. There are two traditional campsites at the Birthday Party: the main event site or the nearby Silver Lake Provincial Park. I set up my camp at the Provincial Park. After a night of catching up with friends, we headed over to the main site the next morning, with a convoy of several Series trucks, a Range Rover Classic, and the significantly more modern Discovery. 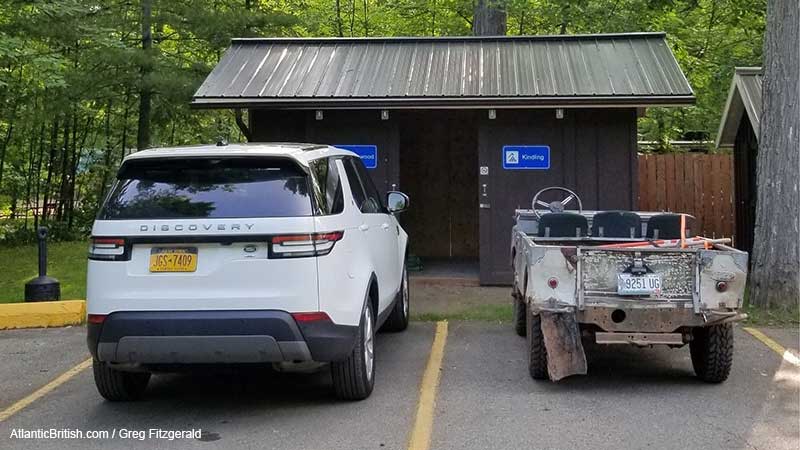 Most of the trails in the area are on Crown Land, which is provincially-managed public land technically owned by the monarch, Elizabeth II, Queen of Canada. One of my favorites is the "Traditional Light Off-Road," which my friends and I tend to run every year. The name is more than a bit misleading; there have been some years that this trail has had water over the tires, thanks to some very productive damming beavers. We ran it this year with two 1951 80" Series Is, and a Series III 88". 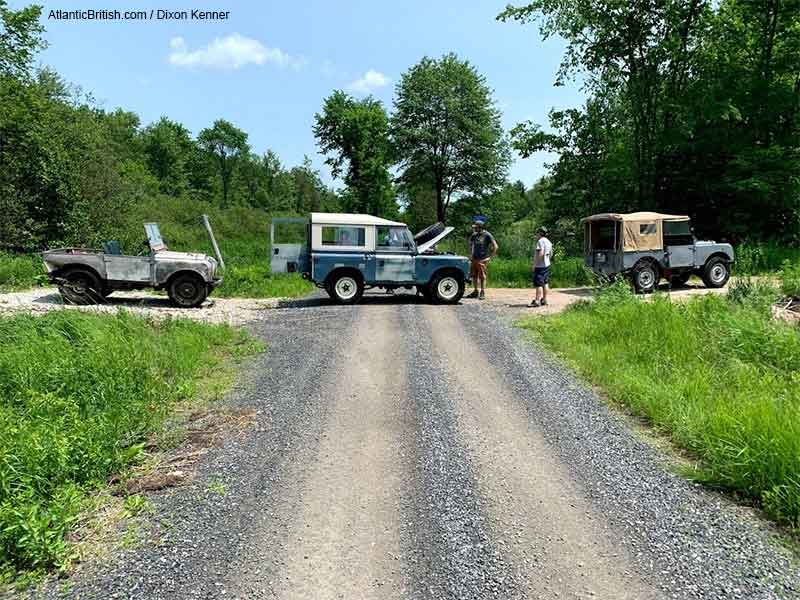 This year, the water table was lower than usual. Some years this crossing can be totally underwater, and it takes trail-reading skills to not drive off into the deeper water to the side of this dike. This year, even though it had rained quite a bit, the beavers had been productive in the right places to keep this low. 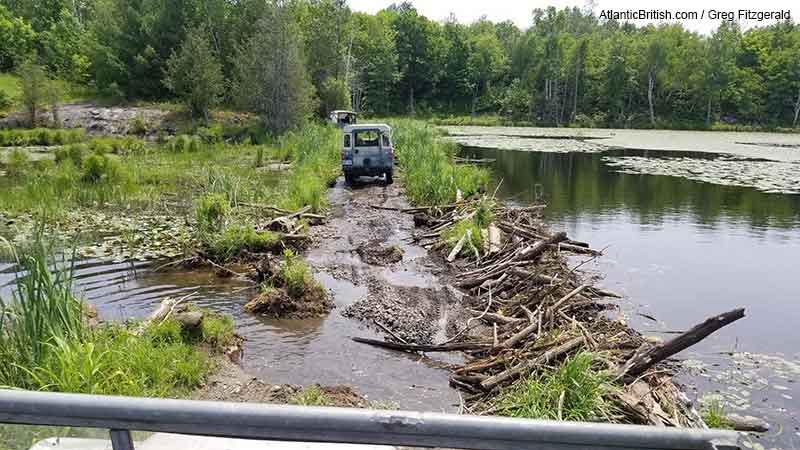 Some other members went on a "three-hour tour" to a trail system about an hour away, complete with technical challenges and breakdowns. They left in the morning and ended up coming back after dinner. 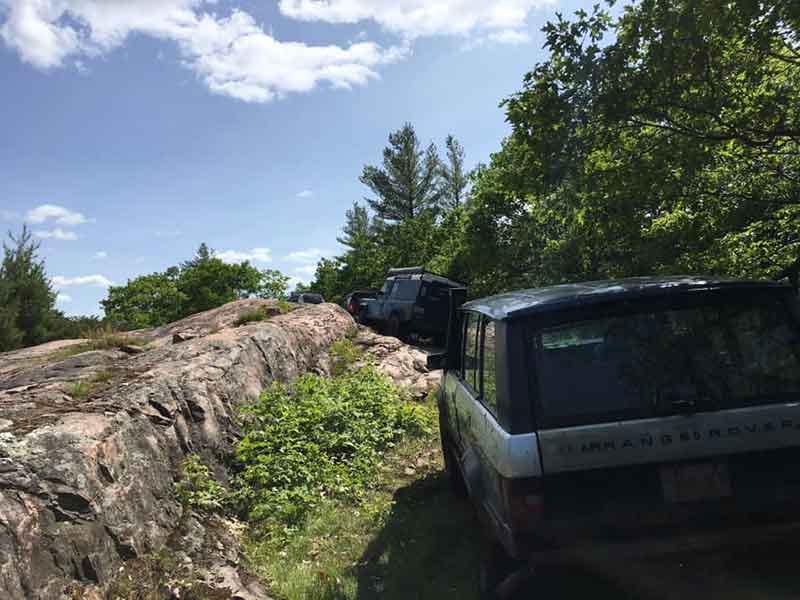 Other people are happy to hang out in the tent at the event site and catch up with friends. There's always a good selection of Rovers to check out, too. Canada allows vehicle imports after 15 years, instead of the 25-year rule in the United States, so there's a lot of great, totally-legal late 90s and early 2000s Defenders at the event. A few members also end up bringing their other-brand vehicles if they have to; the focus of the event is very much on the people and coming as you are. 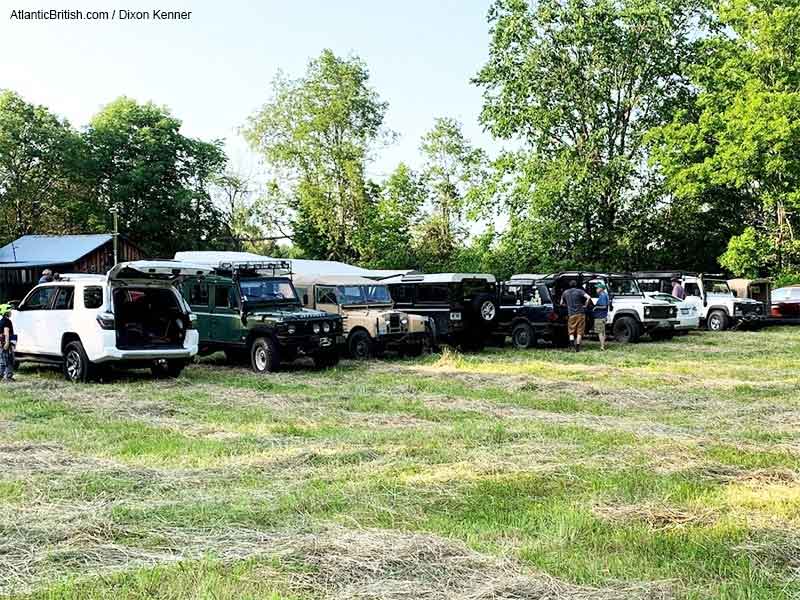 Saturday ends in a catered feast. This year, we also took a moment to dedicate the club's expedition trailer to its late co-builder, founding OVLR member Alan Bates. The trailer’s nickname is "The Albatross," because nobody wants to have to keep it at their house. Mike McDermott, another original OVLR member, read the dedication and told stories about building it with Alan in the 1990s. 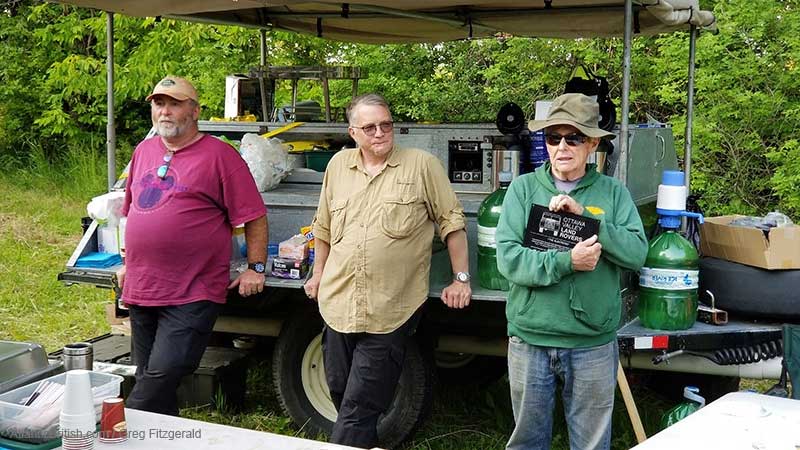 After dinner, a few of my friends and I decided to take a short night run on some nearby private land opened up to the club for this event every year. I went with Charlie Speedie in his 300tdi Discovery 1 for a bit of fun beneath the spotlights.

Sunday, the event ends with the traditional auction, which includes items donated by Atlantic British, as well as other vendors, local businesses, and club members. Our auctioneer was Ben Smith, a long-time American OVLR member. All of the proceeds from the auction go towards the event expenses, with any leftover helping the club's expenses for the year. 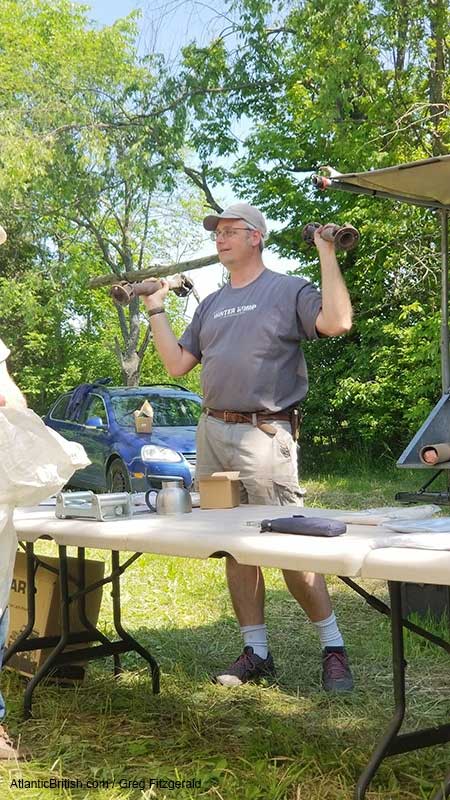 All too soon, it was time to head back home. I had one last Rover Moment just over the border at a gas station in the Thousand Islands region of New York, where I got to meet the owners of this nicely rebuilt Defender 90. 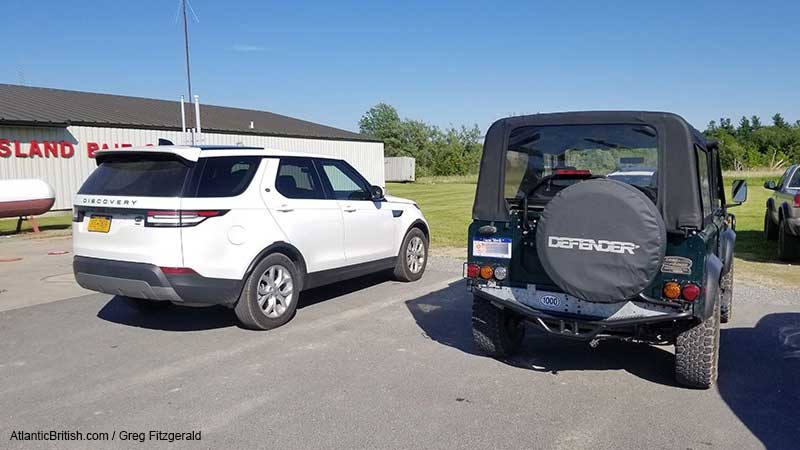 Even though I didn’t have my truck this year, the Birthday Party was still on form as one of my must-attend events. It’s not far from most Land Rover owners in the Northeastern United States, and it’s a great way to combine an old school Rover rally with great trails and the slightly exotic feeling of “going 100 down the highway” and not breaking the law.