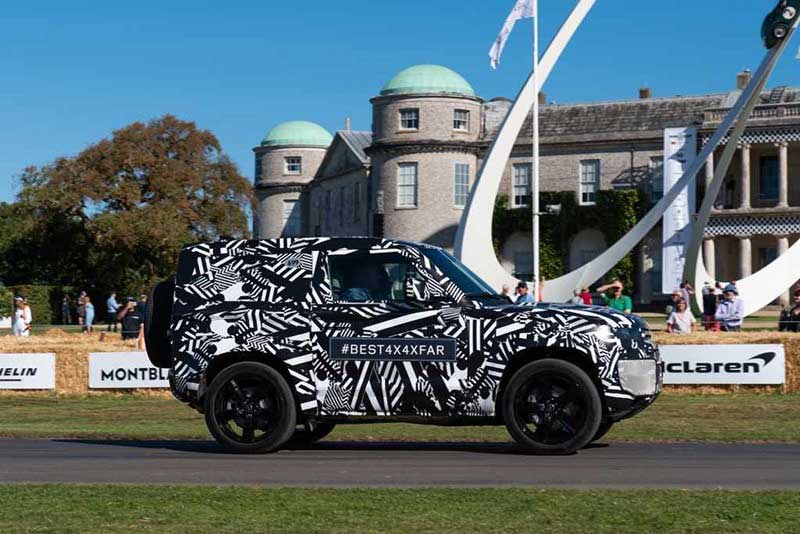 In the past few weeks, there have been more information leaking out on the new Defender than there are water leaks into an old one. From a LEGO set to an internal PowerPoint, information has come in the strangest of ways. 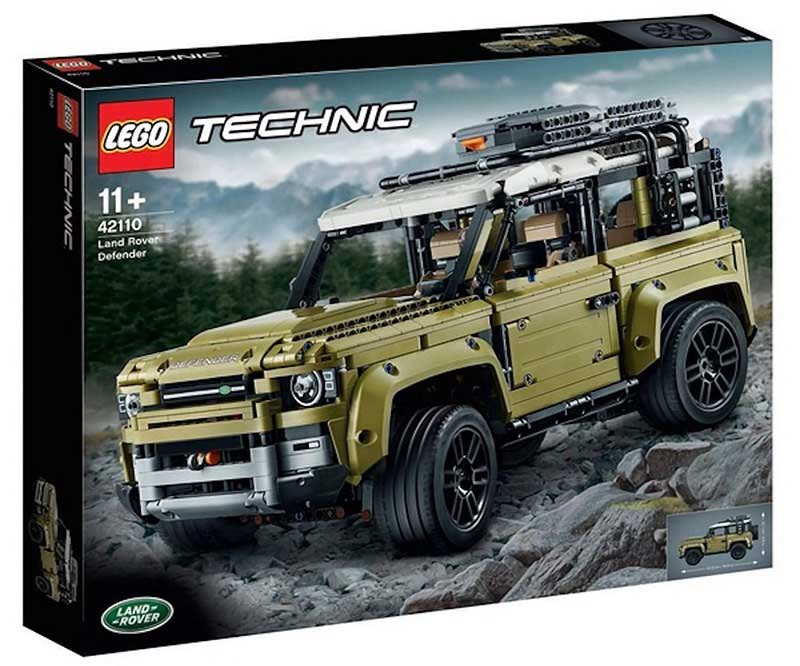 There's been a call for LEGO to make an official model of a Defender, ever since a LEGO fan made a prototype a few years ago. That dream looks like it's coming true now -- as an officially licensed LEGO TECHNIC kit of the new Defender.

The leak came from a toy store in Britain, who accidentally posted the new product online before taking it down. But before they could, the world got an idea of what the 2,573 pieces in the box would make. And you get a lot for the around $200 the set should cost in the United States (it was listed for £159.99 during its brief web appearance).

The model will have three working differentials, a fully-functional four-speed gearbox, a winch, and four-corner independent suspension. It'll also be the first TECHNIC set to feature olive green parts, so there may be plenty of interest from Adult Fans of LEGO (AFOLs) looking to repurpose the parts in other creations.

The brilliant thing here? We got to see what the new truck looks like in the front enough to know it looks close to the old one, but not enough to actually know just how much. Even the best LEGO sets can be an abstraction of the real thing. We now know that the front end features round LED headlights, and that the profile is a streamlined, pedestrian, legal, and economy-friendly version of the traditional Defender forms...but still, there are somehow more questions unanswered than answered.

The Defender Sees Itself 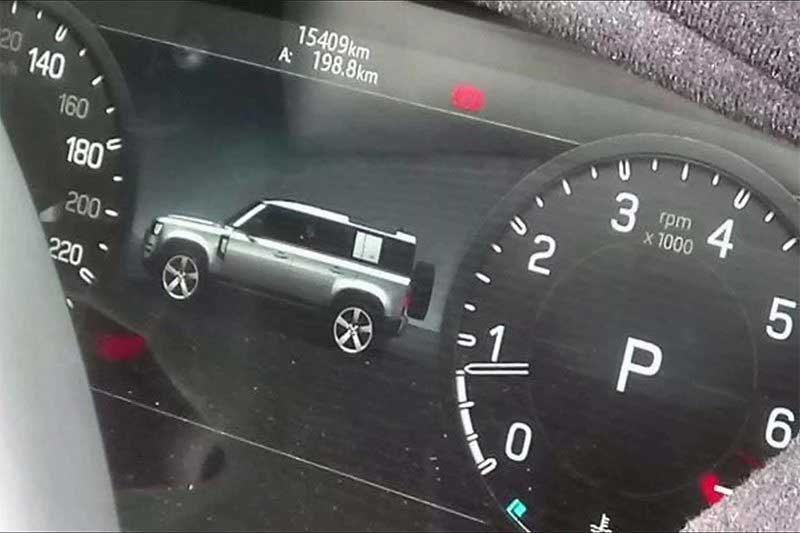 While a few leaked interior photos from the new Defender have come out, the exterior's still been pretty consistently tightly wrapped up. But there's one place that the Defender could still reveal its profile: the picture of the truck that comes up on the instrument cluster most new Land Rover models on startup. Someone managed to capture this image when a mule driver was starting up a prototype, and it "leaked" to the Internet.

The image here looks remarkably like an old Defender. The rear three-quarters of the truck is way boxier and more upright than I expected. The familiar "Alpine window," a staple of Land Rover design since 1950s Series Is, has made a triumphant return, though this time it's further back on the roofline, more like a Discovery 1 or 2. 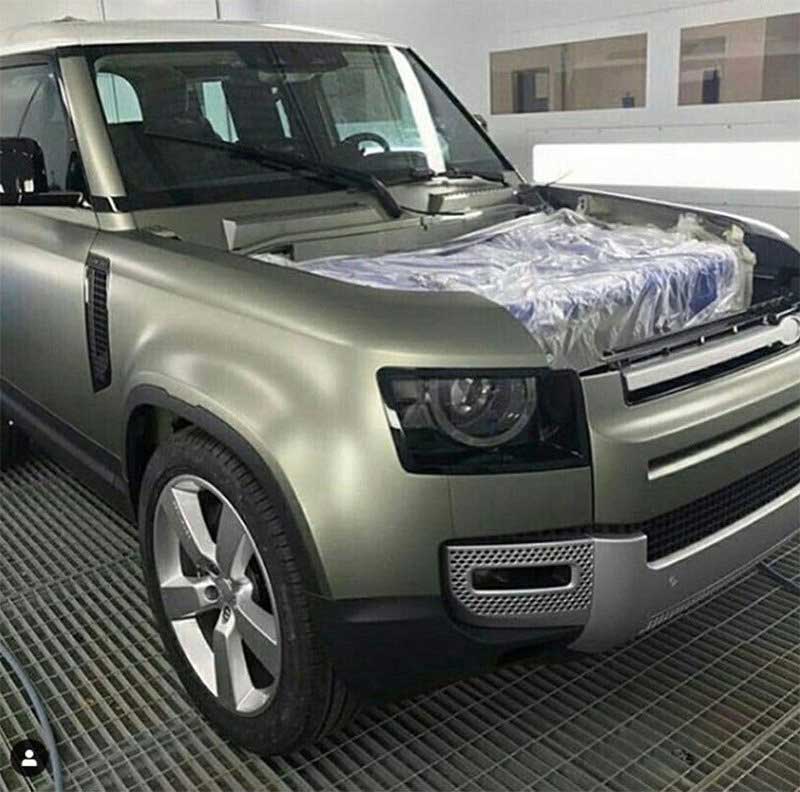 A few days later, a photo began to circulate of a green model of a Defender, with a big box in place of the engine. It's on a grate floor, in some kind of indoor research facility. Whether it's an early-stage model or a real bodyshell is unclear; it doesn't have a wiring harness to be seen on the bulkhead. Comparing it to details you can see in the mules, this is probably close to what the final front end will look like, but it's still missing the hood, and may not be a final version.

It's definitely significantly softer than the old Defender, and that’s sure to be the biggest letdown for some of the more hardline Defender fans. On the other hand, the old Defender was regulated out of existence, and the new Defender will have to conform to modern safety and economy standards, both current ones and ones expected to come into force throughout the next decade or so of production. Regulation will be a huge part of the new design, especially for a small automaker like Jaguar Land Rover that can't use cheap, high-volume economy cars to meet corporate fuel economy standards. 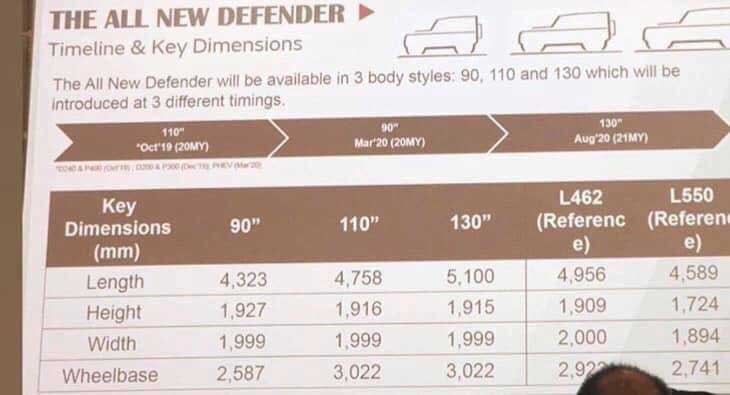 A huge leak of a sneakily-photographed internal corporate PowerPoint presentation gave us a lot of information on the trim levels, powertrains, and wheelbases of the new Defender. The biggest news here was a confirmation of three sizes of Defender, including a 2-door Defender 90, a 4-door Defender 110, and a massive Defender 130, coming in 2022 and about the size of a Chevy Tahoe. (None of these numbers match up with the wheelbases. The Defender 90 has a 101.8” wheelbase, and the 110 and 130 are both 119”, with extra length behind the rear wheels on the 130.)

There will be various powerplants, in gasoline, diesel, and electric or hybrid form. There was even information on trim levels, with everything from a relatively basic "Standard" specification to an ultra-luxury "X" model. Clearly, the goal here is to capture a wide spectrum of buyers, similar to how the aftermarket has turned the old Defender into everything from a working truck to an ultra-luxury street cruiser. 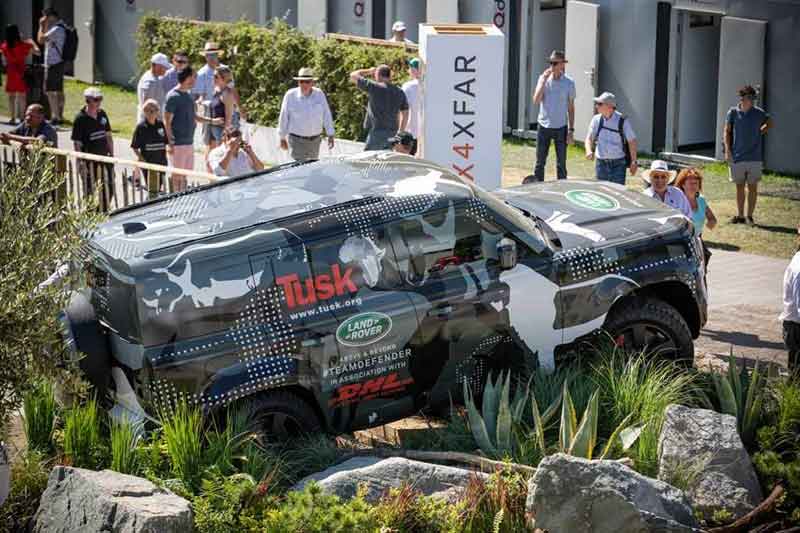 In a move of true torment, the camouflaged model used for testing with Tusk in Kenya a few months ago was on public display at the Goodwood Festival of Speed, perched on a rock with thick grasses around the bottom to creatively protect the undercarriage. So close and yet so far; the truck was too far up to see inside, and the same camo covered the same things as in the photos, so there’s not much more to see than before. That didn’t keep people away, and there’s plenty of photos and videos from the Festival of people trying to figure out the puzzle.

The Festival was also kicked off by a run up the hill climb with the new Defender, piloted by the Duke of Richmond, owner of Goodwood Estate. Consider this feat more a testament to the new Defender's British heritage than its track handiness. Land Rover did some handling testing at the Nurburgring -- something that's becoming more common for all vehicles, since it's a consistent test track with lots of challenges -- and the new one has body roll just like an old one.

There's a matter of debate whether this was all leaked on purpose, or whether the wheels have fallen off the Defender PR machine. Personally, I think everything is too creative, and appears too conveniently, to have been a series of terrible publicity accidents. Instead, Land Rover may be doing a viral marketing campaign, and leaking things themselves. If so, the marketing department deserves some kind of award.