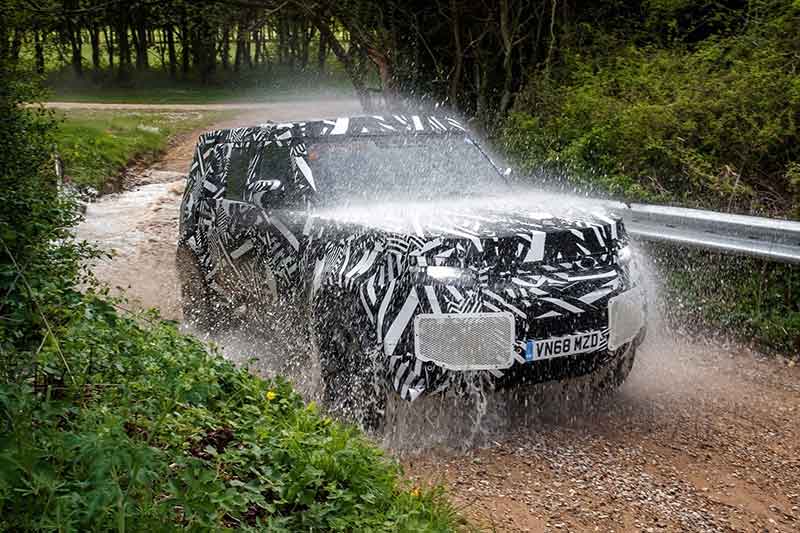 A few members of the motoring press have had access to rides in the new Defender (not behind the wheel), on the Developing World track at Land Rover's headquarters in Gaydon, England.

Their reports are the first journalists to share authorized experiences of the new Defender. They were taken around the track by Andy Deeks, the Defender project's head of durability and robustness. His goal? Take the new Defender to Hell and back, and when they get back, uprate every component that showed weakness.

The first thing that's becoming clear about the new Defender: though it's sharing the D7U architecture with the Discovery 5, Range Rover, and Range Rover Sport (not the rumored New Longitudinal Architecture, it seems), it'll put those already-durable vehicles to shame with its components. The suspension components are uprated above and beyond Land Rover's usual standards. The wheel arches are larger, to allow for more suspension travel and articulation. The suspension components are similar to the other vehicles, but every item that will get abuse is uprated -- suspension members, bushes, front ball joints, and steering. Land Rover considers it to be "Category 4B," which is above consumer-grade, but just below military-grade.

Both coil springs and air springs will be available. Coils will be standard fitment, while air springs are an option. The air suspension will be the more capable option, per Land Rover, but the coils will still be the most capable "in their class." The air springs can be raised by 75mm (3 inches) and lowered by 50mm (2 inches). They will come with adaptive dampers, which will monitor the temperature to protect the shocks from overheating.

Wheels will come in sizes from 18 inches to 22 inches, with off-road tires available up to the 20-inch size. All-terrain tires should be standard across the range. The 18" tires should leave space in those big wheel wells for some upsized aftermarket rubber, too. Of course, there will be Land Rover's traditional Terrain Response system, too.

Wading depth is set to be the best ever, eclipsing even Discovery 5's 900mm/35 inches. This significantly eclipses the old Defender's 20-inch wading depth.

All of this was tested on a test rig called "Six Degrees of Freedom," or "6DOF." The 6DOF machine is used to replicate real-world abuse on the vehicle, and they've been running 8-week tests where the new Defenders are running 24/7 to replicate a 10-year, 150,000-mile service life. The 6DOF machine can heave, surge, sway, pitch, yaw, and roll the truck to try and break it. It's been driven into curbs, jumped over bridge expansion joints, slammed over speed bumps...and according to Deeks, nothing's broken. After each run on the 6DOF, every squeak and wear point is noted, torn down, and uprated before it all begins again. The goal is to kill the reputation that the new Defender is a tech-filled fragile suburban wagon -- no, they plan it to be a tech-filled Kalahari-killer.

Land Rover has benchmarked the Defender against many vehicles to make sure it competes globally. The needs in North America are different from Europe, which are different from the developing world. Though they didn't name names, it seems like it's been tested against everything from Land Cruisers to Lexuses to Jeeps -- and come out ahead. 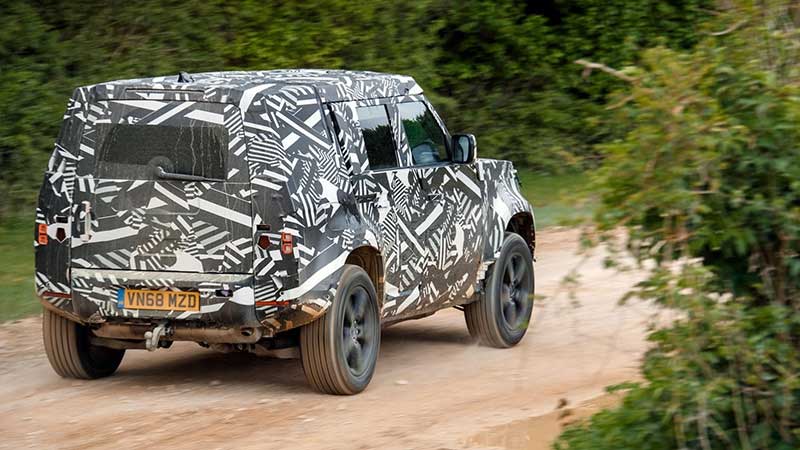 Overall, the new Defender is going to be significantly more refined than the old one -- not that that was hard. But the goal was that as the truck became more refined and faster -- MUCH faster -- it could still take the abuse, even at speed. Ride reports say that the vehicle glides over bumps, only the worst sending a slight judder through the cabin.

Land Rover also knows that it's going to have a huge on-road image-based market, and that's why it's coming with 22-inch wheels and cosmetic packages; the aftermarket is already doing urban configurations with the old truck, so they want in on the game with the new one. The sad reality of the market is that a huge number of the late-model old Defenders still haven't been off-road four years after production ended.

It's a new era at Land Rover for their lifeblood vehicle, but it seems that what the Defender has given up with the "hit it with a hammer and it might work" adaptability could be replaced with "it just doesn't break" all-purpose utility. The reality is still to be seen once we can get our hands on the things on the trail, but the new ethos at Land Rover seems to be making the hardest trail as comfortable as a ride on the Autobahn.