It's official: the New Defender will be formally revealed in September 2019, at or around the Frankfurt Motor Show in Germany. After several decades of waiting, we have a date when we'll see the legendary Land Rover reimagined. 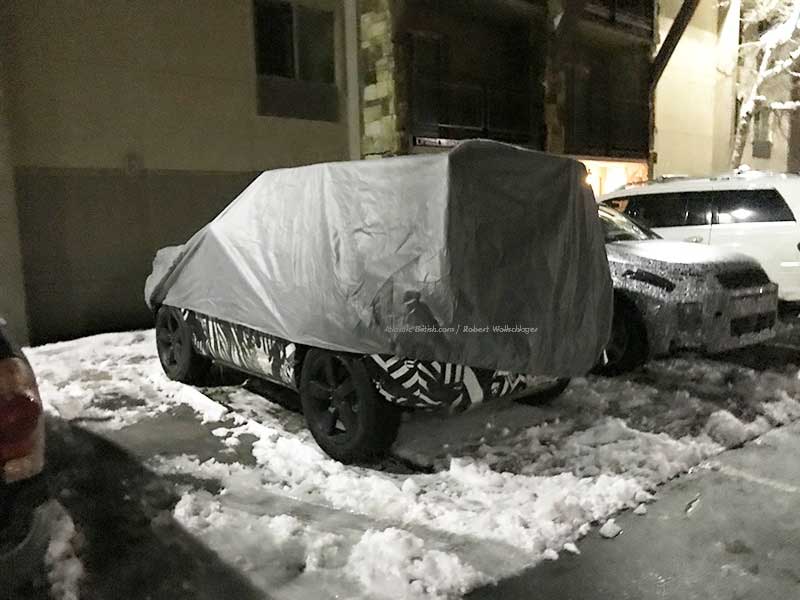 The reveal was confirmed from corporate, so this date is real. During the launch of the new Jaguar XE in Saint-Tropez, France, Australian website Car Advice asked Jaguar Land Rover's Manager of Communications and Public Relations, Tim Krieger, for details.

Krieger spilled the beans a bit. Whether he planned to during the weekend and just needed someone to ask, whether it was pried out of him, or whether the wine and spirits poured lavishly on the shores of the French Riviera, it looks like we'll see the new Defender in the flesh in September.

The Frankfurt show (technically, the International Motor Show Germany or Internationale Automobil-Ausstellung) is from September 12-22, 2019.

Whether it will be a traditional reveal on the show floor or some other kind of a reveal occurring around the time of Frankfurt is yet to be seen.

The Defender was recently seen testing in Breckenridge where Atlantic British customer Rob Wollschlager spotted the mules parked at his hotel. They're still wrapped in the same camo that they have been since October.

Other 4x4 fans in Moab who ran into the Defender the week before the massive week-long Easter Jeep Safari event reported on its performance on the trails. It seems they had a diesel version taking in Moab's greatest hits, and the all-independent suspension setup is confirmed, and also seems quite capable...

More to come for sure, as we count down to a now all-but-certain debut date for the new Defender.