In 1955, a team of six students from Oxford and Cambridge Universities in England headed off on an unprecedented expedition: London to Singapore in two 86" Land Rover Series Is. In a world very different from today, the feat of driving to Asia was unprecedented. "First Overland" as it became known is now an iconic feat of expedition travel. Now, a new group of adventurers has set off decades later on the return journey -- and they're taking the same Land Rover with them.

The 1955-56 Oxford and Cambridge Far Eastern Expedition was groundbreaking, one of the first transits of Asia by motor vehicle. It resulted in a book by Tim Slessor, now a classic of Land Rover literature, and a series of short films for the BBC. In the early days of Land Rover adventures, it was adventures like this that built Land Rover’s exploring reputation.

The two Series I 86" Land Rovers used in the trip, Oxford and Cambridge, drifted away after the trip. Cambridge ended up rolling over into a ravine in Iran a few years later, while Oxford ended up on the British Overseas Territory of St. Helena, an island in the South Atlantic. A few years ago, a Land Rover enthusiast from Yorkshire named Adam Bennett recovered the vehicle from St. Helena and rebuilt it to roadworthiness again.

About that time, Tim Slessor – 87 now, but in his early 20s and just out of school in 1955 – thought that he might want to give it another go, and drive the revived Oxford the other way – Singapore to London, closing the loop on the journey. At the same time, Alex Bescoby, a thirty-something filmmaker and historian, got a hankering to redo the expedition as well. A lifelong Land Rover enthusiast, back to Series trucks his parents had in his youth, he came together with Tim, and a magical thing came together – Last Overland, a redux of the original journey with the original vehicle. 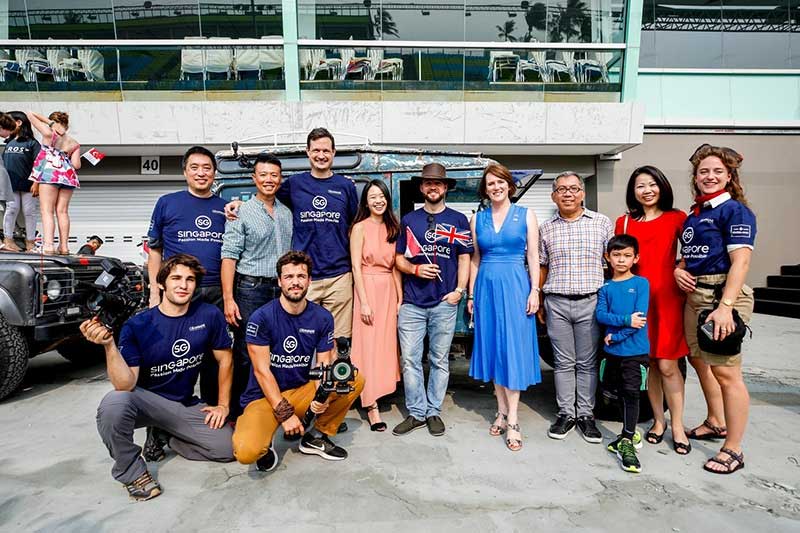 They’ve assembled a team from all over the world, with skills in filmmaking, health, and logistics. Oxford was shipped to Singapore a few months ago, and spent some time on display on the floor of the Land Rover dealer there.

The route will be different, though, due to decades of geopolitical change. Afghanistan, Iraq, and Syria are out; Turkmenistan, Kyrgyzstan, Tajikistan, and Uzbekistan are in. India and Pakistan have been replaced by western China. The expedition will still transit Iran, but to the north instead of the south. The end is still London, though, and a big welcome home bash in December. 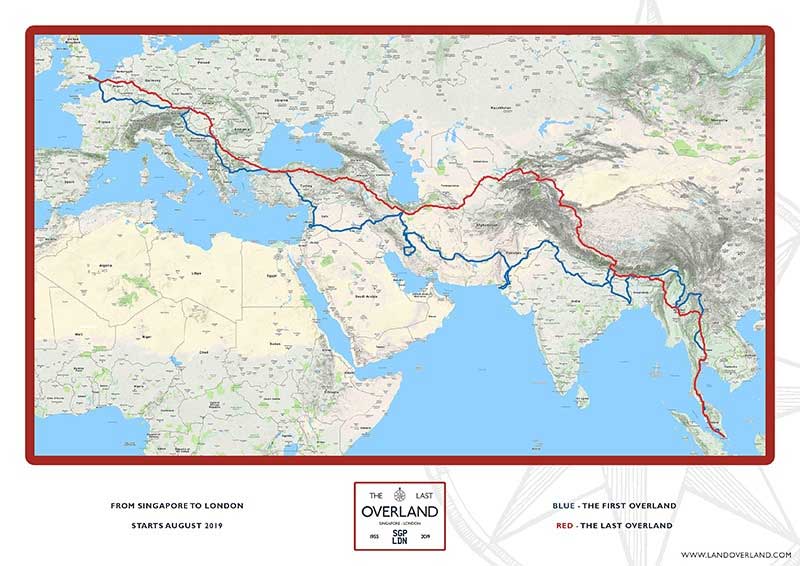 The team gathered in Singapore throughout August, some of them meeting for the first time, ever. The flag-off was on August 25th, with the team heading out of Singapore alongside a parade of Singaporean and Malaysian Land Rover owners. All of the suriving First Overland team members were on site in Singapore in the run-up as well, though there was a major change at the last minute. Tim Slessor, the "talisman" of the entire trip, fell ill the day before departure, and had to spend time in hospital before flying home to the UK. He may rejoin the expedition later, depending on his health. The team asked if they wanted him to wait for him to get better to leave; his response was the same as his matter-of-fact, now-or-never tone towards the whole trip: "don't you dare!"

For the past few weeks, the expedition has been winding through Southeast Asia. They left Singapore at the flag off for Malaysia, where they spent some time in the Cameron Highlands. Similar to the hill stations of Darjeeling in India, the Cameron Highlands have a disproportionate number of old Land Rovers still tooling around. They're marked with "CH" on the doors because they're specially exempted from safety regulations and thus can't leave the region. 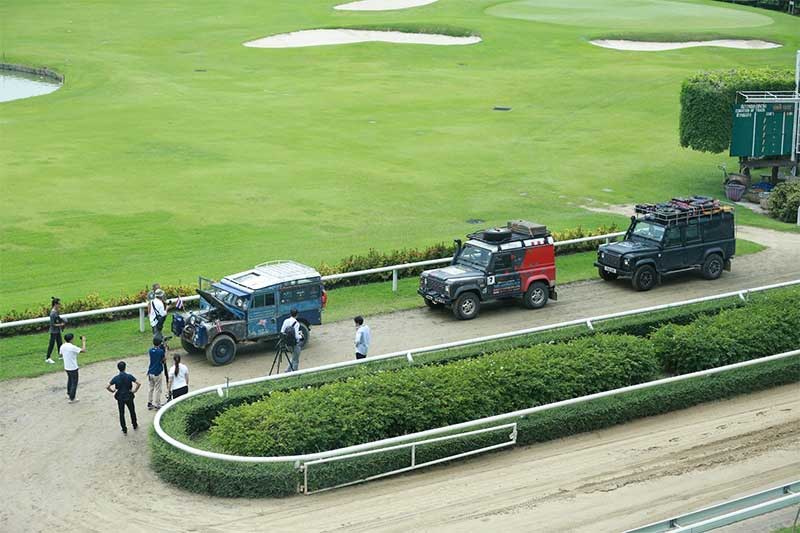 Then it was off to Thailand, and a welcome in Bangkok with a drive around the track Royal Bangkok Sports Club. Everywhere they've gone, they've been greeted by Land Rover enthusiasts who have gathered convoys of trucks to guide the expedition through their city.

They're now in Myanmar, where Bescoby has a long personal history, having filmed a documentary about the last Burmese royal family. They continue marching towards London, and we'll have another update in a few weeks on their progress.