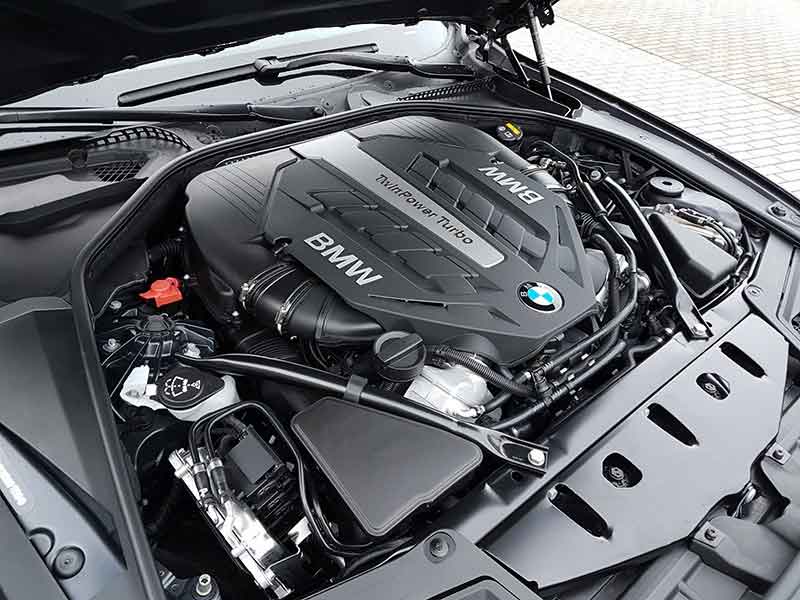 A few weeks ago, Jaguar Land Rover and BMW announced that they'd team back up to develop electric powertrains together, they've now expanded to work on new internal combustion powerplants as well. The new project will include gasoline, diesel, and hybrid motors.

This new partnership benefits everyone. For JLR, they get access to drivetrains which are already emissions certified in most markets, avoiding immense research and development costs, while BMW gets better bang for their design investments.

Land Rover has developed their inline Ingenium engine series, which can adapt to either a 4- or 6-cylinder version. But they still have an looming problem: there's nothing to replace the AJ-V8 engine, a relic of Jaguar's Ford days, that’s in the biggest Range Rovers (and the sportiest Jaguars). Though the Ingenium 6-cylinder is an impressive powerplant, it won't be enough for the high-end Range Rover markets, or the performance Jaguar models. There's also not enough production of these models to justify a ground-up engine design for these models.

BMW can fill this gap easily, though; the N63 V8 engine, which is used in the 5, 6, 7, and 8 Series BMWs, can easily find its way into the Range Rover or the F-Type. For the SVR performance trims, BMW's M division already has an adapted S63 version waiting to be adapted to drop in.

Between this deal and the clean-sheet Ingenium engine line, JLR can now consider themselves effectively done with developing internal combustion engines for the time being, and focus on electric powerplants. They just announced a major electric push, which includes making the next flagship Jaguar XJ an electric sedan. (The last example of the old model came off the line a few weeks ago.) Both the Solihull Land Rover plant and the Castle Bromwich Jaguar plant are being retooled to focus on electric vehicles in the future. They're also building a new battery plant in Hams Hall, England, which will open in 2020. The Ingenium series engines will be built at their new factory in Wolverhampton, England. JLR will also build their own versions of the electric drives they develop with BMW, though it’s not clear who would build any internal combustion technology.

Adding this to JLR's electric partnership with BMW, as well as myriad other similar partnerships recently between other automakers, it seems that this is the way forward as the automotive world changes. And once again, JLR and BMW are odd bedfellows once again.