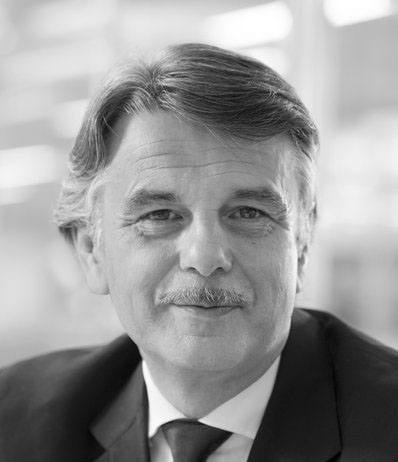 Having posted their first profitable quarter in over a year, Jaguar Land Rover is finally looking towards better days ahead. Things aren't perfect, but management sees the potential. In a recent interview with Autocar, JLR CEO Prof. Sir Ralf Speth gave some insight into the future of the company.

Tata Group bought these two iconic brands from Ford Motor Company eleven years ago now, in the spring of 2008. The company grew by leaps and bounds, with the Range Rover Evoque's introduction in 2011 a serious turning point in both sales and spiritual direction. But by 2018, just as Land Rover turned 70, the wheels fell off the bus a bit.

Diesel engines fell out of favor, driven by environmental concerns and Volkswagen's Dieselgate emissions scandal. The Chinese market, which had been propping up JLR with high-volume sales, collapsed -- a combination of economic challenges and a revolt against JLR quality and dealer procedures in the country. Brexit made the third leg of this crisis, with the factories in England shutting down in the spring around the UK's original departure date of March 29, 2019 in case the supply chain was broken by the process.

It was a tough year and a half, but finally, in late 2019, things turned around. Revenues are up year-over-year, profits are up, and there are new long-term plans in place.

For years, the goal at JLR was volume. The more cars and trucks moved, the better. This mindset led to a huge growth of both brands -- they once produced 250,000 vehicles a year, and are now turning almost a million.

During this period of low profits for the past year, JLR made some changes. There have been staffing cuts. They've focused heavily on electric technology, for one. The Jaguar I-Pace launched in 2018, but it's just the beginning of their electric efforts. For 2020, all Jaguar and Land Rover models will offer an electric option (in some cases, a mild hybrid option only). They are looking to put serious weight behind alternate powertrains, getting ahead of the curve of both future public opinion and future regulation.

However, Speth sees diesel and petrol as remaining viable technologies for a long time. Electric may not work everywhere, and the future will be multiple pillars of fuels or fuel alternatives. Even so, JLR's factories are all carbon neutral, and Speth feels that controlling emissions are a priority. A new battery facility in Coventry will help develop high-volume battery production in the UK, but even more so, he thinks there needs to be a high-quality product coming out of it at a reasonable price.

The sights aren't on volume anymore, either. After years of creating a complex range of engines and models, JLR is now looking to streamline and focus on quality products. Sure, you can ship many variants of Range Rovers or Jaguar sedans out the door, but at some point, it impacts the brand. When volume outstrips demand, it also leads to heavy discounting, removing a prestige factor.

The new focus is on improving build quality, always an issue with Land Rover products. Everything new has to come with a concerted sales and marketing effort. He feels that each new vehicle must have substance, a reason to exist in the market.

Meanwhile, rumors swirl about Tata cutting the reins on JLR and selling it off to focus on other core businesses. Recent partnerships with BMW for electric technology and high-performance motors have gotten the automotive rumor mill talking about BMW reuniting with the brand they sold to Ford in 2000. But at least with what Speth is saying publicly, the goal is to collaborate with other automakers on specific technologies, as they did with BMW, but remaining an independent company. Whether that remains the game plan is to be seen.

Overall, it's a time of huge change for Land Rover. There's major transitions in drivelines, changes in major markets, a mildly-risky clean-sheet relaunch of a key product in the new Defender, and uncertainty regarding Brexit. However, after an incredibly rough time, it seems like JLR has a chance to come out of it leaner and better than ever before. There is, however, much that remains to be seen.