COVID-19 - We're in this together. UPDATE: We're operational and taking orders online and via phone. Read More 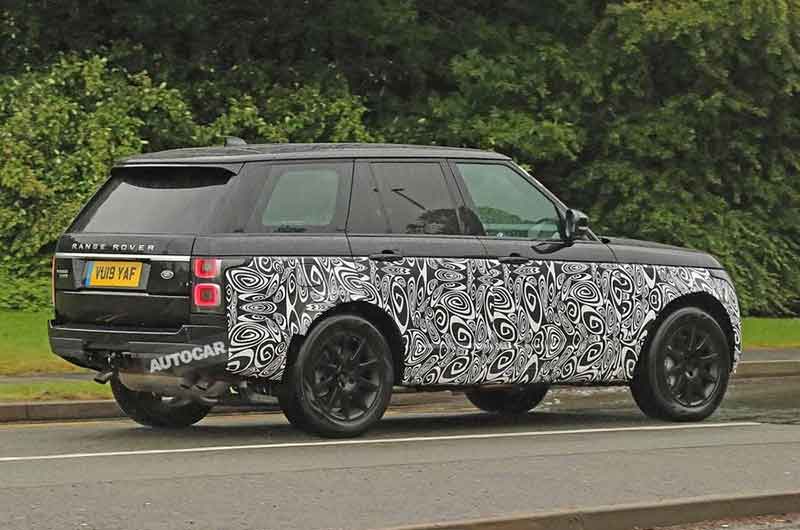 The new full-size Rangie is expected to be significantly more evolutionary than any of the prior redesigns, all of which have been heavily reworked while still being a Range Rover. The redesign’s ethos might be more in line with the new Range Rover Evoque, which is both clearly new and similar to the prior model.

Underneath, though, the Mark 5 Range Rover will be very different, adopting the Modular Longitudinal Architecture (MLA) that will underpin all Jaguar Land Rover vehicles eventually. MLA is a lightweight platform (even lighter than the current all-aluminum unibody Range Rover, itself significantly lighter than the third generation L322 Range Rover), which can easily handle the Ingenium inline engines and alternative drive trains that will power all JLR vehicles.

The new Range Rover will probably drop the base V6 for the inline-6 Ingenium engine, already available in the Range Rover Sport HST edition. Top-line models will still need a powerful V8, however, and the Ford-produced AJ V8 engines that have powered Land Rovers for years are going away. The BMW V8 is a possible replacement, and offers tuneability for premium versions. Of course, there will be electric models, and over the vehicle's lifespan alternative power will probably take on more and more prominence in the model line.

The new vehicle also rests on a longer wheelbase, and the current-generation bodywork of the mule is cut up at the back to accommodate this. This mule looks like the short wheelbase version, which suggests it's likely the long wheelbase will get longer still in the next generation. There's a new exhaust too, with a wide muffler and stubby downpipes that are similar to what we've seen on the new Defender mules. 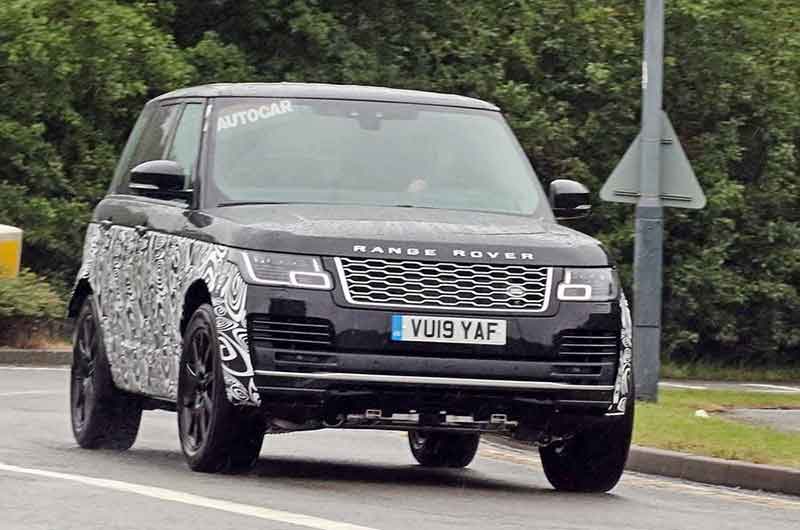 Since the fourth generation Range Rover came out in 2012, the luxury 4x4 scene has changed dramatically. In Britain, the Rolls Royce Cullinan and Bentley Bentayga have already challenged the Range Rover’s Land of Hope and Glory mystique at higher price points. Aston Martin is coming out with their first SUV, the DBX. The Lamborghini Urus and Maserati Levante are new offerings from Italy, and in Germany, the BMW X7 and Audi Q8 offer competition as new models at the top of their ranges. Mercedes Benz also has a new G-Wagen, which will compete with both the Range Rover and upmarket new Defenders. Thus, even though the Range Rover has an almost 50-year head start on all of these vehicles as the be all and end all luxury SUV, it risks getting lost in the fray if it does not move even further upmarket.

The new Range Rover is just as critical a vehicle for Land Rover as the new Defender. They have to get it right -- it's a massive sales success and accounts for a lot of the company's revenue between the sales numbers and sales prices. Reinventing an icon that's already been heavily redesigned three times to great success is not as daunting a task as redesigning the largely untouched Defender, but it's still got to be done right. After all, it's going to be the favorite for everyone from Her Majesty The Queen to upper-class suburbanites.

Friendly, helpful, knowledgeable staff and I got my part way before I expected it.

Great service through and through. From quality products to instructional videos.

The staff is very friendly, helpful, knowledgeable And they go out of their way to make sure you have the correct parts you need!

The part I needed was easy to find, and the video instruction to install was perfect. I couldn't be happier.

You folks are a wealth of knowledge and you don't mind sharing it. My parts have always been perfect both in quality and shipping.

Very nice and easy to talk to! You guys made the order process easy.

Your prices are great! I can't believe how fast my package was shipped and how well it was packed!