Back to Main Page
Posted On: May 23, 2019 By: Greg Fitzgerald Category: Land Rover News 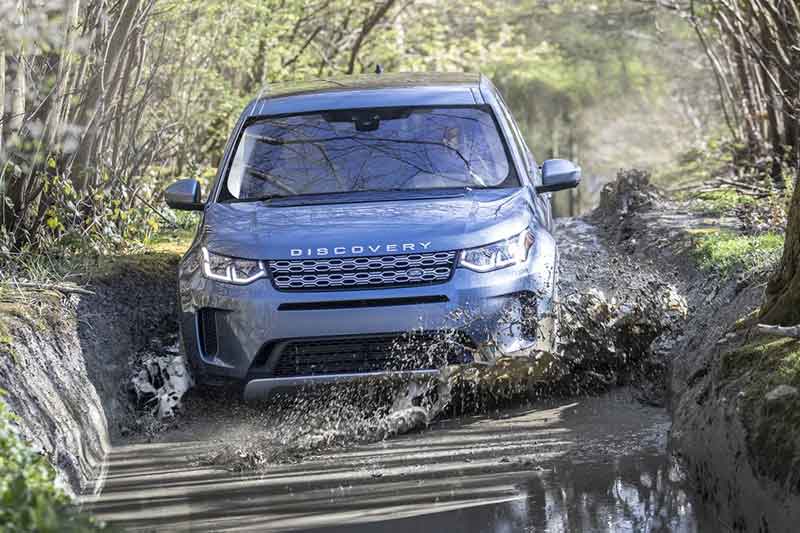 After five years and record-breaking sales, the Discovery Sport has been facelifted for 2020, featuring a new platform, tweaked exterior styling, a new interior, and new eco-friendly engine options.

The Discovery Sport is familiar yet totally different underneath. It shares the Premium Transverse Architecture (PTA) platform with the new Range Rover Evoque, which it shares a factory with in Halewood, Liverpool, England. This means that the Discovery Sport gets the Evoque's new engine options, including the mild hybrid option that pairs an Ingenium engine with a 48-volt battery that boosts torque and typically powers the vehicle under 17 mph when the driver hits the brake. A plug-in hybrid version is also on the way. The all-wheel-drive models feature Driveline Disconnect, which disconnects drive to the rear wheels when unneeded but can re-engage AWD within 500 milliseconds when needed. 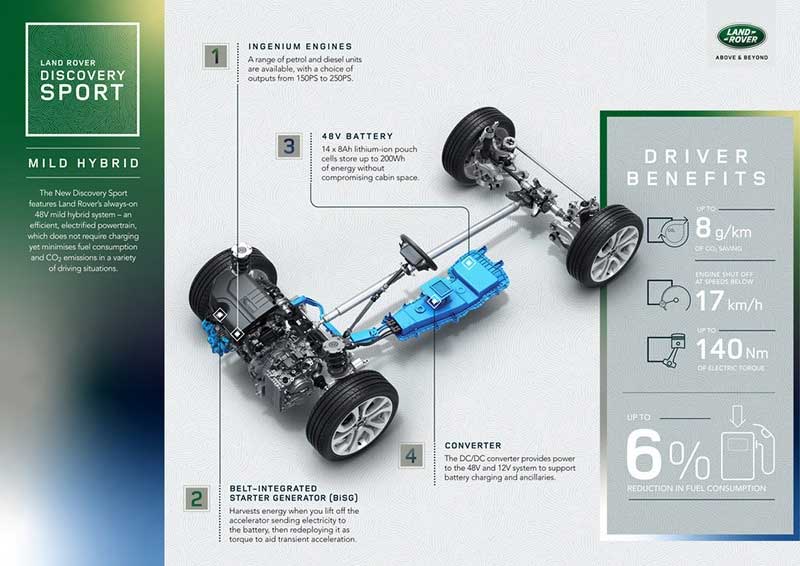 The styling of the new Discovery Sport is familiar, yet definitely refreshed. The LED daytime running lights in the front have gone from a rounded shape to a more angular U-shaped pattern like the full-size Discovery 5. The rear features more squared-off lights. Otherwise, like the Evoque it shares a platform with, the changes were evolutionary, not revolutionary.

Inside, the dash is heavily revised, and Discovery Sport is the final Land Rover vehicle to convert to a fully-digital instrument cluster, a development that began with the full-size third-generation Range Rover about a decade ago. It also features a pistol grip shifter, similar to the new Evoque, suggesting that Land Rover's mildly-controversial rotary shifter dial is on its way out. 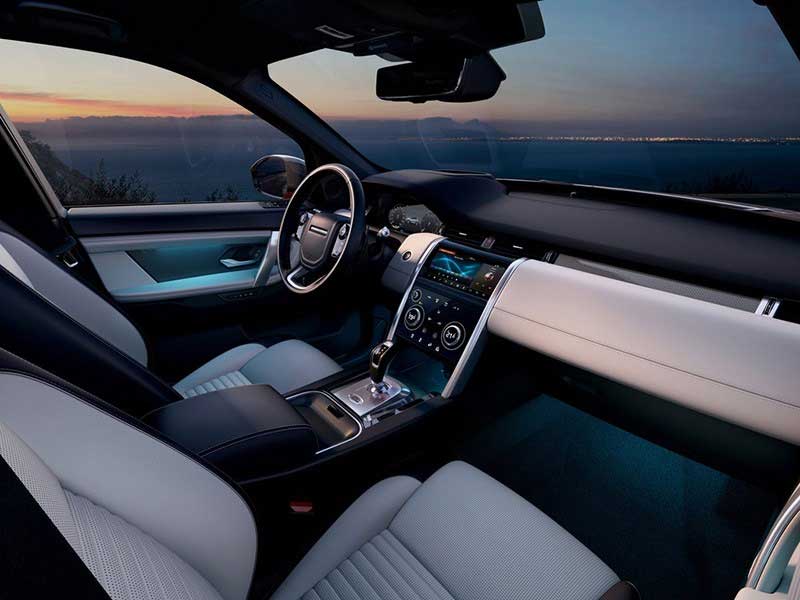 Several highly-touted features from the new Evoque also feature in Discovery Sport, like the ClearSight rear-view mirror, which turns into a video screen when the mirror is blocked by rear passengers or cargo. ClearSight Ground View technology projects 180-degree imagery underneath the vehicle on a screen, the realization of the Transparent Bonnet Technology that was part of 2014's Discovery Vision concept.

Discovery Sport has also integrated all of the modern wireless technologies, including wireless charging, a 4G hotspot, more USB ports, and 12-volt ports, and individual HVAC controls for each row.

Though the new Discovery Sport is eminently familiar, it's clear that it's very different underneath. These changes, and their low-key launch, probably have more to do with efficiently building the vehicle alongside the new Evoque, which was long due for an update, than explicitly redesigning Discovery Sport. But they also guarantee that the well-received Discovery Sport will be well attuned to continuing to rack up sales for the mid-term future.