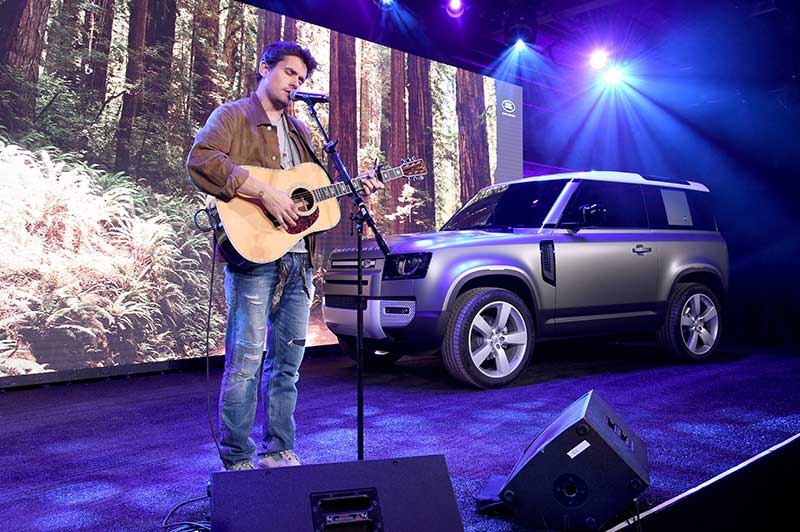 The new Defender had its North American launch in Downtown Los Angeles before the Los Angeles Auto Show. The debut featured celebrities from John Mayer to Olympic Ski and Snowboard Team members.

The star of the show was Mayer, a long-time Defender owner. His Arles Blue North American Specification Defender 90 was parked outside the debut, alongside a collection of both modern and classic Land Rovers from across the years. He went on stage next to a Defender 90 to perform a few of his hits, including “New Light,” “Carry Me Away” and “Waiting on the World to Change.” He was also there to announce a new collaboration between Land Rover and The Atlantic, a partnership focused on exploration and America's national parks, featuring Mayer.

The event also featured the US Ski and Snowboard Team, of which Land Rover is now the lead sponsor. Olympians Lindsey Vonn (skiing), Meghan Duggan (hockey), and Chris Corning (snowboarding) were in attendance, as was Marcus Wainwright, the CEO of fashion brand Rag & Bone. Actors Wilmer Valderrama and Max Greenfield and singer-songwriter Pixie Lott added to the guest list.

Part of the goal here was to introduce the new Defender in the US as a brand partner, and it seems like events and sponsorships are the future of the vehicle here. The first example of this will be the 4xFAR Festival in the Coachella Valley of California in July, where the truck will be launched alongside a star-studded music and outdoors festival. At the same time, the entrance to the event was lined with Land Rover's iconic historic lineup, and featured a superfan musician, reflecting Land Rover's commitment to the Green Oval's historic enthusiasts.

Also on display was the Defender from the new James Bond film No Time to Die, complete with stripped-out film-rigged interior and dented exterior. LEGO Master Builder Chris Steininger also assembled the 2,573-piece LEGO Technic model of the Defender. 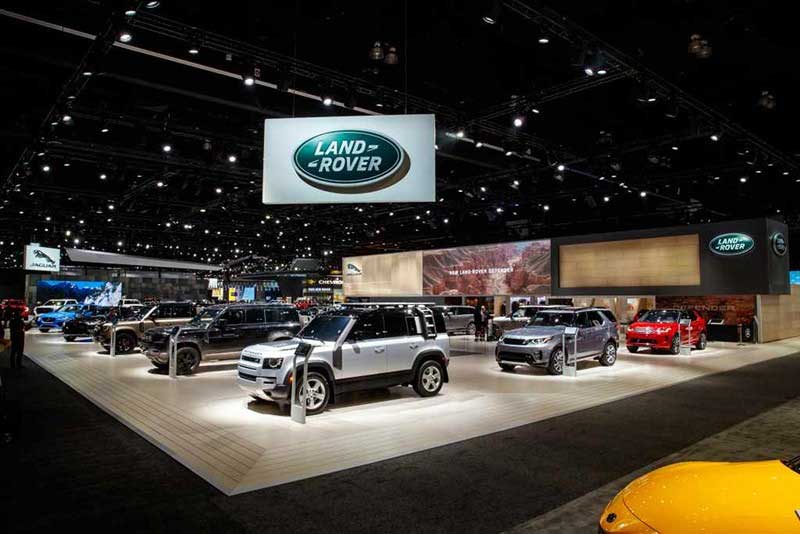 Over the following week, lots of people enjoyed the new Defender on the show floor where it was open to explore. Overall, it seemed to convince some doubters, a mindset which seems like it will inevitably spread across the country as the vehicle hits showroom floors. Early reviews suggested, for one, that it's bigger in real life than in photos -- the Defender 110 is about the size of a squared-off Discovery 5. The interior got positive comments for its versatility and durability, too. While it's definitely not the old Defender, it seems that for a lot of people, it's going to fill the shoes well enough.