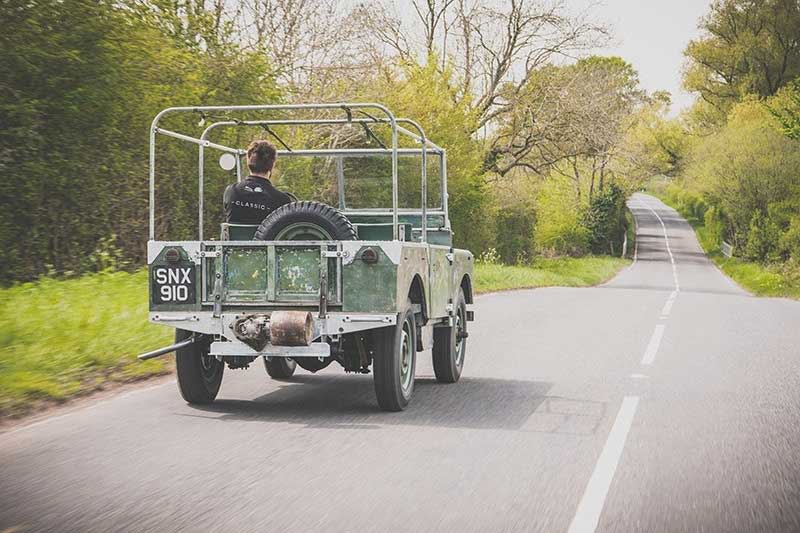 The New Defender’s launch in Frankfurt on September 10th draws inevitable connections to another Land Rover launch at a European motor show. On April 30, 1948, the Land-Rover was introduced at the Amsterdam Motor Show. In 2016, the truck that was at the Amsterdam show was found again, and restored by the Land Rover Classic Works, which has now unveiled the reborn vehicle to the public.

The truck was built as a left-hand drive vehicle in 1948 and brought to Amsterdam, before being converted to right-hand drive on its return to England. It was first registered in 1955 with registration SNX 910 (just a few numbers off from the Oxford and Cambridge First Overland trucks), before being sold off in 1961. By the late 60s, it was being used as a static power source in Wales, and when the motor seized up twenty years later in 1988, it was sold to a new owner in Birmingham, England and abandoned as a restoration project to “get to eventually.”

The truck was fully stripped down, with every single part checked, researched, and restored. The goal was to return it to its original specification, while also maintaining its weather-beaten patina. The restoration team also planned to return it to its pre-production state, including early braking and four-wheel-drive systems. 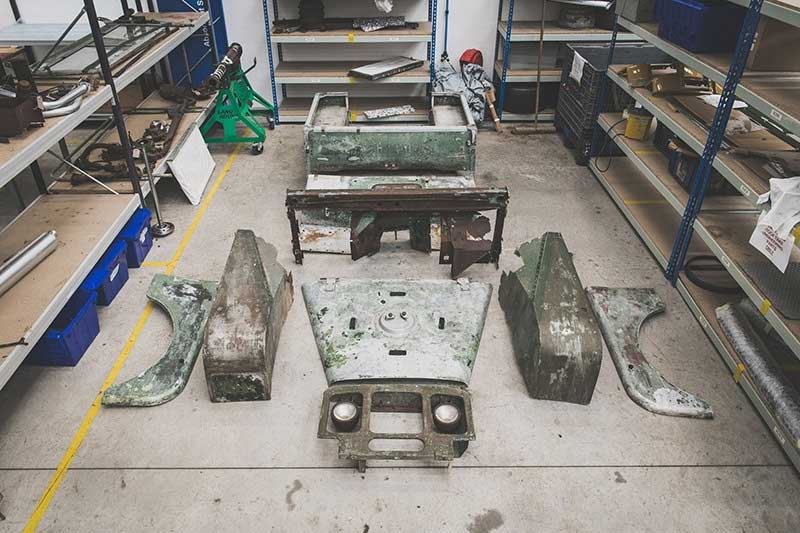 First came the stripdown. The entire vehicle was carefully taken apart and each component was inspected. The axles were X-rayed to make sure they still had the structural strength to support the vehicle. In the process of this, the team discovered the original axle numbers, a factoid considered lost.

The truck also has the early “Organ Stops” four-wheel-drive control system, different from the familiar levers and knobs that came to define Series trucks. In this early setup, three push-pull knobs on the dash controlled the two- and four-wheel drive transmission and high- and low-range selector. Fortunately, the team has expertise in pre-productions; among other work they’ve done, Classic Works Product Specialist Michael Bishop owns a pre-production Series I.

There were also some Easter eggs hidden in the truck, like a George V-era sixpence coin hidden under one of the galvanized cappings on the tub. The attention to detail went as deep as working with the Forestry Commission in the UK to identify the exact species of ash used for the backs of the front seats. Pre-production vehicles used a Lockheed brake system, while consumer Series I's used a Girling setup. The original Lockheed system had been removed over the years and had to be replicated from period drawings before hand-routing the brake lines to match the originals exactly.

The original Land Rover badge was missing and being slightly different from other badges, it was replicated using 21st-century technology. One of the photos of the truck on the stand in Amsterdam in 1948 was digitized, and the company Computer-Aided Design (CAD) department calculated the size of the letters and the position on the wing to replicate a new example.

Original drawings in the Land Rover archives were used to replicate and restore the original routing and mounting system of the exhaust, the brass wheel hubs, the gearbox, and transfer box. The engine was rebuilt, including its pre-production high-compression pistons.

When all was said and done, the truck drives like new, while retaining its 71 years of patina. Even that was maintained – if repairs or replacements of panels had to be done, they were painted with a swatch of good paint found under a seat and aged to compliment the original panels. 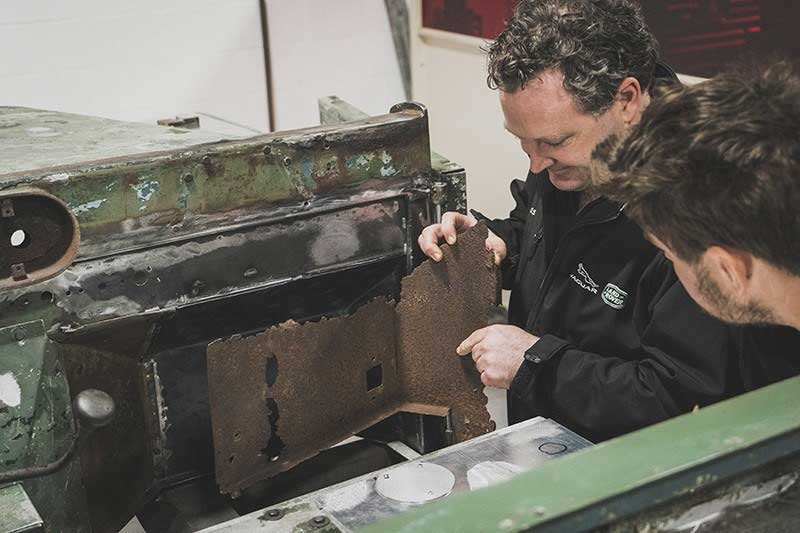 The truck debuted at the Goodwood Revival in England, and now will join the working collection at Land Rover Classic Works, joining a list of historic Land Rovers that have rejoined the road.

Great shipping, parts in stock. Easy to find what I need.

The customer service I receive on the phone is first class, when I don't know exactly what I need to order the staff is very helpful.

The ease of the website. And I found exactly what I was looking for in a very short period of time. The order process was a breeze too.

AB is my go-to source for Rover needs