Overlanding is more popular than ever, bringing the joy of four-wheel-drive adventure to new audiences. There’s more 4x4 accessories on the market than ever before – some extremely useful, some more gimmicky. Starting with a stock 4x4, you may be asking yourself: where to begin your overland adventure? 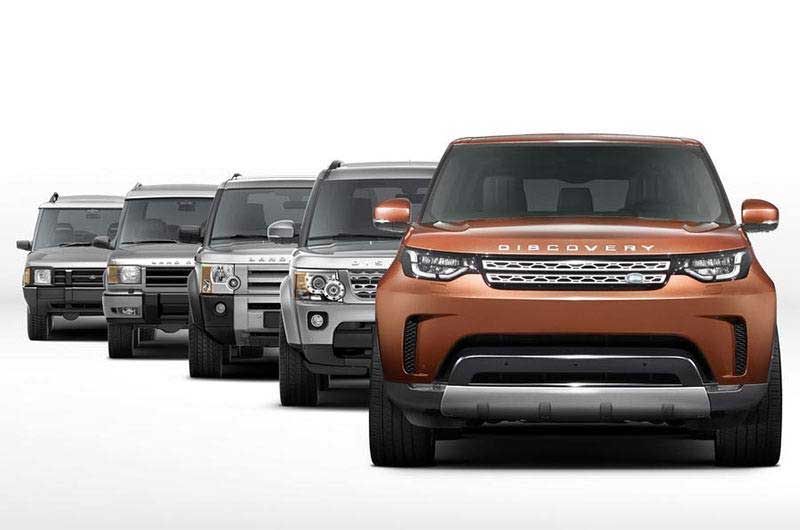 Ringing in the New Year in Death Valley

Death Valley is notorious as a very hot place -- the highest recorded temperature on Earth ever was recorded here, and new vehicles are tested here to see how they can handle the temperature abuse. But in winter, it's a cold, windy place -- and with far fewer visitors, a good place to spend the end of 2018 in a few old Land Rovers poking around.

The setting: a dark pub in a 200 year-old building in Warwickshire, UK. There, we run into the proprietor of the inn down the road where we’re staying the night. He knows that we’ll be visiting Land Rover’s Design & Engineering Centre in Gaydon the following morning. Over a glass of creamy, tepid ale he tells us, “There’s another American that comes here once in a while. Big fellow with blond hair and glasses. Always looking up factory records and such.”

That could really be anybody, but I knew immediately who it was. “Is his name Ben?”

LR Experience Driving Centres in the US are now offering visitors the opportunity to test their mettle by getting behind the wheel of an older US Model Defender and putting it through its paces off-road. The Defender is arguably one of the most iconic 4x4’s ever built, and its rarity on these shores just adds to its mystique. That has driven the cost of the vehicles up astronomically in the last few years. Even as late as 2009, 15 years after they were built, clean, higher-mileage examples could be had for under $20k. Now, that will get you a roll cage, a (likely salvage) title, a little metal badge with a VIN, a limited edition stamped "Defender" badge from the rear body, and a pile of rusty metal or worse. Simply put, a US Defender 90 in good condition is not something the average person can afford. If you and all your friends are average and didn't buy one 10 years ago, the 'Heritage Drives" are here to offer you a taste.

This month we bring you a story of true dedication and the bond between a young man and his faithful steed. In this version of that classic tale, the steed is a 1990 Range Rover Classic, and the young man is one Patrick Turbett, from Penfield, New York.

In March of 2015, Patrick and his wife Jacque embarked on a full-body makeover of Patrick’s Range Rover. The infamous frozen road salt margarita mix of New York winters had taken its toll, and most of the metal connecting the body to the frame had completely disintegrated.

Welcome to 'Profiles in "Courage,”' a new feature here on the Roverlog. In this series of articles, we seek to recognize individuals who have aimed for the stars in pursuit of their Land Rover ownership experience. Regardless of whether a project is still just a twinkle in one's wallet, a fully realized going (and stopping) concern, or an utter failure to be kept secret from your mates, those stories need to be told.

I use the word "courage," because while your friends and family members may (don't worry, they do) think you are a wrench-wielding, environment-destroying, garage-locked Neanderthal, in your Land Rover's eyes, you are a Hero. Maybe even a Superhero. The day you handed over a cashier's check or stack of Benjamins for that algae-covered, flat-tired hulking pile of aluminum with a chassis and firewall doing their best Swiss Cheese impersonation, you revealed your true nature. You were either brave or stupid. Nobody wants to be stupid, so let's go with brave.

I'll start with my own story, and some thoughts about why Land Rovers captivate the imaginations of so many, and to such extent. And, why I'm so stupid. I mean, brave. Right then.

As many of you may already know, there is a new Land Rover magazine for North America. The first issue of Alloy+Grit hit my mailbox a week or so ago. Now that I’ve had a chance to look it over, I thought I would share some thoughts.

My first thought, holding the actual magazine in my hands, is “Finally!”

Finally, not just because I have been eagerly awaiting its release since first hearing about it about this time last year. Finally, not just because it is the first North American magazine to feature Land Rovers. Because it isn’t. You can read about them in Overland Journal, and you can read about them in the glossy American 4x4 mags on very rare occasions. There was another all-Land Rover venture some years back that some might recall, that didn't last very long.

Finally…because this is the first Land-Rovers-only, North America-only, true full-color “glossy” magazine, that truly seeks to cater to every segment of the Land Rover market here.

Choosing the Right Exhaust System For Your Land Rover

There are lots of ways that our vehicles let us know when it's time for some major exhaust work. For me, that usually happens in the middle of a long trip and I end up leaving some portion of the exhaust system on the side of the road or taking it home with me on the roof rack. For those residing in Northern climates, the corrosion caused by winter road salt can make short work of your original exhaust parts. When that dread time does arrive, and rest assured it will, Atlantic British has you covered with a full range of OEM, performance and aftermarket replacement choices.

Why Do We Love Our Land Rovers?

Ask most Land Rover owners about the work they’ve had done on their truck and you’re likely to be greeted with an eye roll, or perhaps even a laugh.